Home News 2019 Brings the Closure of a Free Course Provider 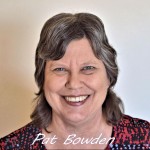 Open2Study opened its doors from Australia five years ago and has had nearly two million students. It was one of the few providers still offering free certificates.

I sent an email via the Contact page, but received no response. This was no great surprise, as late December is the middle of Australian summer holidays.

In the last day or two, several learners have contacted Class Central asking about access to Open2Study courses, including one student who started a course on January 7th, then could not access the course the following day. Because Class Central is not involved in running the courses, I referred that student to the Open2Study Help/Contact pages.

A few hours later, I received an email from Open2Study advising that the site is closing. I have one week to complete a self-paced course I had enrolled in a few months ago. Logging in and accessing that course was easy. I could not access any other courses.

Only four self-paced courses still appear on the Open2Study site. All the rest have now disappeared. My guess is that the remaining four will disappear after January 15th. Exploration of the Open2Study site reveals links to many of the free courses, but the information pages state that “Classes are no longer available”.

All the Open2Study courses followed a similar format: 4 weeks of study, with around 10 short lecture videos each week. A simple “pop quiz” question followed each video, with around 10 questions rounding off each week. If you passed all the weekly quizzes with a 60% pass mark in three attempts, you received a free unverified certificate.

If Open2Study had sent the email in December, and updated their site properly before the midsummer holiday break, there would be fewer disappointed students.

Unleash the Tests: The Four-Legged Future of Covid-19 Testing

Learn without limits on Coursera

Winners of Our Blackout Poetry Contest