Home Daily How Much Racism Do You Face in Your Daily Life? 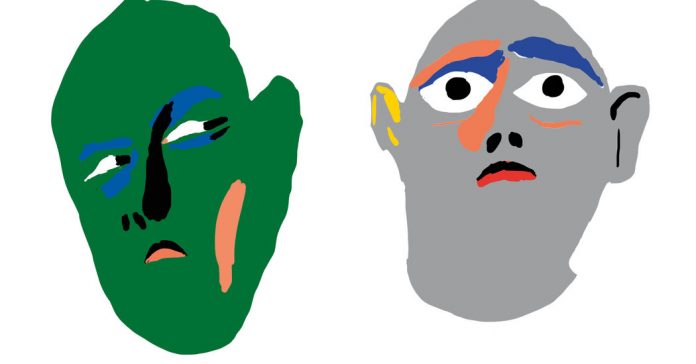 When is the last time you can remember thinking about your racial identity? Was it prompted by something someone said or did? Do you think your experience of race is similar or different from that of your peers?

In “How Much Racism Do You Face Every Day?” Amy Harmon writes about the experiences of 101 black teenagers in Washington, D.C., who were surveyed about how much racism they experience on a daily basis:

Collectively, the 101 black teens participating in the study reported more than 5,600 experiences of racial discrimination over two weeks. That boils down to an average of more than five instances per day for each teenager. That’s more than 70 over two weeks.

Those findings may not be surprising to those who face routine discrimination, but they reflect a higher frequency of racism than has previously been reported.

Although there has been an increase in hate crimes during the Trump administration, this study measures incidents that occurred when Barack Obama was in the White House.

The teens who participated in the study were students at a middle school, a high school and a summer program in Washington. Those who experienced more instances of discrimination over the two weeks also showed more symptoms of short-term depression, the study found, such as difficulty sleeping, loneliness and anxiety.

“Part of why these types of microaggressions are so insidious is that a lot of times, white people can see them as not real, or not a big deal,’‘ said Devin English, a psychologist at Rutgers University who led the study. “But this is showing us the magnitude of the discrimination faced by black adolescents. It’s happening all the time. And it’s affecting how they feel.’’

Racial teasing is common among adolescents and often it is seen as harmless. But previous studies have shown that it can lead to increases in anxiety symptoms for black adolescents.

In the research team’s interviews with black teens, Dr. English said, being teased about hair and skin tone was cited as a frequent way that they were treated differently because of their race.

One black teenager gave an example of being asked by a white friend, “Why don’t you like chocolate cake? Is it because it is the same color as you?”

Ms. Harmon looks at what the study found out about the role and effect of microaggressions:

In recent years, social scientists have debated the impact of commonplace, sometimes unintentional expressions of bias known as microaggressions, with some arguing that they represent largely harmless behavior misinterpreted as hurtful.

The study suggests that microaggressions occur an average of several times a week for adolescents, and are linked to an increase in depressive symptoms. One teenager told the researchers that white students expected him to be good at basketball because he was black and tall. Another recalled a teacher telling his predominantly black class “get educated or go to the penitentiary.’’

Students, read the entire article and answer the quiz questions. Then tell us:

Being white in America has long been treated, at least by white people, as too familiar to be of much interest. It’s been the default identity, the cultural wallpaper — something described, when described at all, using bland metaphors like milk and vanilla and codes like “cornfed” and “all-American.” Grass is green, the sky is blue and, until very recently, a product described as “nude” or “flesh-colored” probably looked like white people’s skin.

How often do white people talk about being white? Not often! So long as we aren’t hanging out with white nationalists, marrying into a family of color or chuckling over jokes about our dancing, we have endless opportunities to avoid thinking much about our own race. We generally prefer to frame identity in ethnic terms instead: Identifying as Italian or Irish or Jewish seems to come with zest, pathos and a chance to take pride in some shared history.

What do you think? Is it easy not to think about one’s own whiteness? Are you comfortable talking about your whiteness and how it potentially affects and interacts with other people’s identities? As you reflect on how you scored on the quiz, how does your whiteness relate to the scores you received?

Teaching With ‘The Daily’

Lesson of the Day: ‘When the Student Newspaper Is the Only Daily Paper in Town’

What Students Are Saying About ‘Learning Loss’ During the Pandemic

Summer Reading Contest Week 3: What Got Your Attention in The Times This Week?